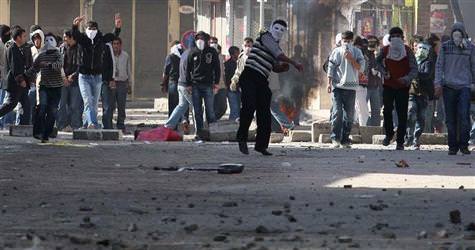 An investigation has now been opened in Turkey on three juveniles who threw Molotov Cocktails in both France and Switzerland during anti-Turkey demonstrations.

The Turkish judiciary, which in the past issued heavy charges against children who threw stones at police officers at PKK demonstrations is now signing on to a first by conducting a cross border investigation into three minors Şahin Boztaş, Rıdvan Demir and Bozan Mintaş, who reside abroad, however were caught throwing Molotov Cocktails at anti-Turkey demonstrations.
AN ANTI-TURKEY DEMONSTRATION
An investigation has been opened into three juveniles who reside abroad and have never before set foot in Turkey for using Molotov Cocktails to demonstrate against Turkey. The case file was first sent from France to the Special Authority Chief Public Prosecutors Office. However, because the perpetrators were minors at the time the crimes were committed; the Chief Public Prosecutors Office ruled a lack of jurisdiction and sent the case to the Public Prosecutor that handles cases involving minors.
CONSIDERED MINORS
The three suspects, Şahin Boztaş, Rıdvan Demir (both 22) and Bozan Mintaş (21) were under the age of 18 at the time the crimes were committed and therefore their case will be handed by the district attorney that deals minors' cases. If the attorney deems necessary, the three perpetrators may be charged with being 'members of a terrorist organization.' Both Şahin Boztaş and Rıdvan Demir, who reside in France, and Bozan Mintaş, who lives in Switzerland could also face charges for illegally obtaining dangerous materials and damaging public property.
The investigation was opened based on the 13th article of the Turkish Criminal Code which states that a crime of terror against Turkey, committed in a foreign country, can be subjected to Turkish law.