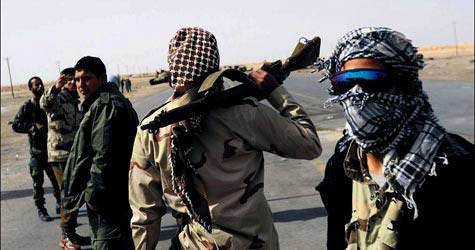 While individual scenarios have been prepared for Tunisia, Egypt and Libya; for Syria, the scenario prepared was based upon a regime change ‘not’ transpiring. The National Security Council will be handling each scenario for the recent uprisings in the Arab world during the April 28th meeting.

SABAH has acquired details of the scenarios prepared by the heads of the state regarding the Arab uprisings in Tunisia, Egypt, Libya and ultimately Syria. Scenarios were prepared for each country experiencing uprisings and assessed the developments while including the noteworthy headings, "military" and "humanitarian aid". The fact that there are a significant number of Turks in Libya, and that Syria is a neighboring country resulted in critical evaluations of the current status of these two countries. The Libya scenario was based on the nation's administration being overthrown, whereas the evaluation of developments in Syria did not include the anticipation of regime change. The "Turkey Scenarios" prepared at the start of the developments in the region, evaluating the Arab uprisings, will be put to the table in detail at the April 28th National Security Council meeting to be chaired by President Abdullah Gül.
The General Staff and the National Intelligence Agency also contributed to the scenario project which was coordinated by the Ministry of Foreign Affairs. The most noteworthy criteria in the scenarios, which have been issued a 'confidential code' by the heads of state, are as follows:The current condition of the leaders of each country, their strength and military support.
The distribution and participation of an uprising within a country.
The presence of Turks in the country experiencing an uprising.
The need for "evacuations", "military operations" and "humanitarian aid".
THREE CRITICAL FILES

The government heads will be convening on Thursday, April 28th at the National Security Council meeting in order to discuss the developments in the region. Minister of Foreign Affairs Ahmet Davutoğlu is expected to present a comprehensive evaluation, as well as National Intelligence Agency Undersecretary Hakan Fidan and the Gendarmerie General Commander Necdet Özel, who are also anticipated to conduct individual presentations.
Meanwhile, National Intelligence Agency Undersecretary Fidan is expected to conduct a number of meetings in regional nations prior to the upcoming National Security Council meeting.
An 'open line' between President Abdullah Gül, Prime Minister Tayyip Erdoğan, Chief of General Staff Işık Koşaner, Minister of Foreign Affairs Ahmet Davutoğlu and National Intelligence Agency Undersecretary Hakan Fidan was establish since the start of incidents escalating.