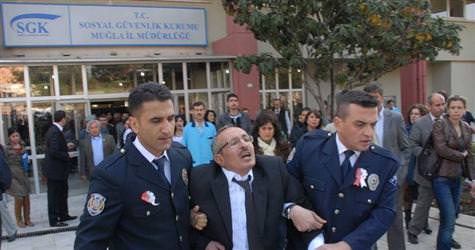 A gunman killed a provincial manager of Turkey's social security institution in southern Turkey and surrendered after briefly taking hostages on Friday.

The three hostages were released unharmed after the attacker gave himself up to police.

Turkish media said the assailant was a colleague of the 37-year-old victim Naci Sahin at the offices in the Aegean province of Muğla, near the popular resorts of Bodrum and Marmaris.

The shooting occurred on Friday morning during a meeting of regional social security officials.

The motive for the attack was not clear.