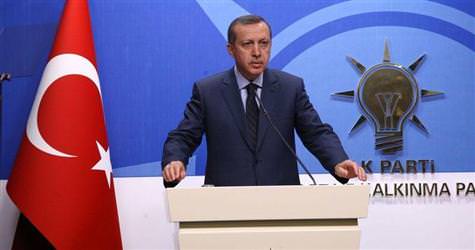 Turkey, a rising diplomatic voice in the Middle East and North Africa, has held talks this week with envoys from Gaddafi's government and representatives of the opposition.
"We are working on the details of this road map," Erdogan told a news conference.
It was not immediately clear if the two Libyan sides were discussing terms of the plan.
Erdogan said details would be made public before a meeting in the Qatari capital Doha next week of an international contact group set up to coordinate a political response to the Libya crisis.
Erdogan said the road map called for pro-Gaddafi forces to withdraw from cities and end their siege, the establishment of safe humanitarian corridors and for legal changes with the aim of setting up a constitutional democracy.
A month ago, Erdogan suggested Gaddafi hand over power to an elected leader or authority. Those efforts came to nothing when Gaddafi responded defiantly to a U.N. resolution saying he should be investigated by the International Criminal Court.
Turkey, the main Muslim member of the NATO alliance, is enjoying growing influence in the Middle East. Besides having sizeable commercial and trading interests, Turkey has strong historical ties with Libya, which was part of the Ottoman Empire before World War One.