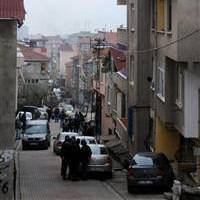 State-run TRT channel said among the detainees was Halis Bayancuk, whom the channel identified as the head of al Qaeda's branch in Turkey. State-run Anatolian news agency said operations were under way in a number of Turkish provinces.
Turkish police often arrest suspected Islamist militants and describe them as having links to al Qaeda, though details seldom emerge.
Al Qaeda militants were behind bomb attacks in 2003 that killed some 60 people and wounded hundreds in Istanbul.
Hizbullah emerged in the late 1980s during fighting between Kurdish terrorists and Turkish troops. It killed scores of people, targeting mainly Kurdish separatist rebel sympathisers. Turkish Hizbullah has no links to the Lebanese Shi'ite group. It was broken up and its leaders were arrested in 2000 after police unearthed the bodies of more than 60 people the group had tortured to death in raids across the country.
But after a series of delays to their trials, 18 Hizbullah members were released in January this year after the introduction of new regulations limiting the period accused could be imprisoned without convictions. It was not clear if any of those freed were among those detained on Tuesday.