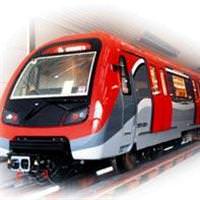 Construction on the Kadıköy-Kartal metro, which began in 2008, is soon to be completed. Upon the laying of the tracks and the finalization of the electro mechanics, the metro’s first test drive will be conducted on May 15th.

The Kadıköy-Kartal metro, which is anticipated to significantly lighten the heavy traffic on the Anatolian side of Istanbul, will soon be completed and will have its first test drive on May 15th. Prime Minister Erdoğan is planned to do the test drive, and will ride the new wagons from the Soğanlık station all the way to Kozyatağı.
ONE MILLION PASSENGERS
The new metro line is scheduled to officially begin running on January 1st 2012. When completed, the 22km line is expected to transport 70,000 passengers hourly and one million a day. It will take 29 minutes to travel from Kadıköy to Kartal on the new line, and will provide direct connections to the current metro system, metrobus, as well as Marmaray and sea transportation.
With a population of four million anticipated for the route the metro passes through, this project is expected to greatly relieve transportation as well as to increase activity in real estate and commerce along the line.