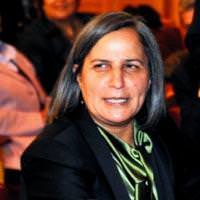 Turkey's main Kurdish party threatened to withdraw from June's parliamentary election after 12 independents were barred from standing in a move drawing criticism on Tuesday from across the political spectrum.

The High Election Board ruling stoked political tensions ahead of a June 12 election expected to bring a third successive victory for Prime Minister Tayyip Erdogan's ruling AK Party.
The board annulled applications by the candidates, seven of whom were backed by the Kurdish Peace and Democracy Party (BDP), due to convictions which it said prevented them from running.
The BDP-backed candidates have convictions for links to outlawed Kurdish rterrorists in the mainly Kurdish southeast, the scene of a separatist conflict between the state and militants from the banned Kurdistan Workers Party (PKK).
More than 40,000 people have died in fighting since the PKK took up arms in 1984.
BDP co-leader Selahattin Demirtas called on candidates of other parties to withdraw in protest as he arrived on Tuesday at a trial of Kurdish politicians and activists in the southeastern city of Diyarbakir.
"We will decide whether or not to enter the election after making an assessment. But I want to call on the candidates of other parties in the region to resign and not stand if they really have an honourable, pro-democratic stance," he said.
"This decision will go down in both legal and political history as a disaster," he said earlier.
The BDP was planning to enter all its 61 candidates in the election as independents as a way of overcoming a 10 percent threshold which parties need to exceed to enter parliament.
The only real challenge to the BDP's popularity in the southeast comes from the ruling AK Party.

The election board decision was criticised on Tuesday by various political parties including the largest opposition Republican People's Party (CHP) and the speaker of parliament, who comes from the ruling AK Party.

"The place for the solution of even the most complex issues is parliament. Vetoing these candidates is not a decision that can be accepted by the democratic conscience. My wish is that the election board revises its decision," Speaker Mehmet Ali Sahin said.
Election board chairman Ali Em said on Tuesday the decision by the board, which organises and oversees elections, was clear and that he would not make a further statement. The justice minister said the board would assess challenges to the ruling.
One of those barred was BDP co-leader Gultan Kisanak, who is currently a member of parliament, said the board's decision was an attack on democracy.
"Turkey has a serious democracy problem. The election board decision is a major blow to the democratic struggle," she said.
Another of those barred was Leyla Zana, a former Nobel Peace Prize nominee, who has been convicted several times under Turkey's anti-terrorism laws.
She came to prominence in 1994 when she was convicted for links to the PKK after she spoke in Kurdish at her parliamentary oath ceremony. She was released in 2004 after Turkey's appeals court overturned her conviction.