High Election Board lifts ban on some Kurdish candidates 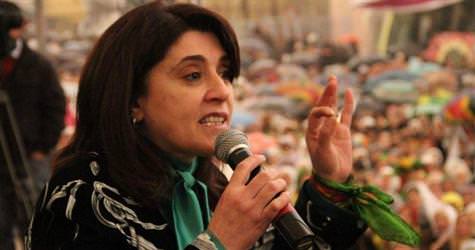 Turkey's electoral board on Thursday reversed a ban on seven of 12 independent candidates in June's parliamentary election which had sparked violent protest in the mainly Kurdish southeast.

The High Election Board said some of the Kurdish candidates it had barred in a ruling on Monday due to criminal convictions had supplied the necessary court documents to have their candidacy reinstated.
Of the seven, six were backed by the Kurdish Peace and Democracy Party (BDP), which had threatened to withdraw from the June 12 election if its candidates could not stand.
The High Election Board in a statement upheld its ban on three candidates, one of whom was backed by the BDP, and said it would carry out further assessment of two additional candidates.
Among those now cleared to stand are BDP co-leader Gultan Kisanak, who is currently a member of parliament and Leyla Zana, a former Nobel Peace Prize nominee, who has been convicted several times under Turkey's anti-terrorism laws.
Some of those barred had convictions for links to outlawed Kurdish rebels in the southeast, scene of a separatist conflict between the state and militants from the banned Kurdistan Workers Party (PKK).
"It's public pressure that made the High Election Board change its decision. Turkey has gone through a democracy test and passed," said Ertugrul Kurkcu, a BDP-backed candidate now free to stand.
"It was a unique experience to see people all over the political spectrum support our case to stand in election." Parliament Speaker Mehmet Ali Sahin, a member of the ruling AK Party which is predicted to comfortably win a third term, had called on the election board to reconsider its decision.
The BDP was planning to enter all its 61 candidates in the election as independents to bypass regulations that limit the ability of small parties to enter parliament.
Fury at the ban sparked three days of violent protest in the southeast. One protester was shot dead and police fired water cannons and tear gas on protesters hurling petrol bombs and stones in the city of Diyarbakir.
BDP leader Selahattin Demirtas said the man was shot by police.