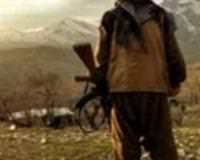 PKK terrorists killed one Turkish police officer and wounded another overnight in an attack on a police station in the Silopi district of Şırnak.

The PKK terrorists opened fire with rifles on a guard post in front of the police station in the town of Silopi near the border with Iraq.
A helicopter flew the wounded officer Gökmen Şimşek to a hospital in the main southeastern city of Diyarbakir, where unfortunately he did not make it. Police officer Muharrem Ünlü passes at the State Hospital in Silopi.
In separate violent incidents overnight, unknown assailants threw petrol bombs at a supermarket in the eastern town of Elaziğ and at a post office in the southern city of Mersin. In the nearby city of Adana, a car was damaged in a small bomb explosion.
The attacks came one month ahead of a parliamentary election, which is expected to result in a comfortable third successive victory for Prime Minister Tayyip Erdoğan's AK Party.
Jailed PKK leader Abdullah Ocalan has threatened "war" unless the government enters talks to end the group's 27-year-old separatist conflict with the state after the June 12 election.
More than 40,000 people have been killed in the conflict.
The PKK last week claimed responsibility for an ambush that killed one police officer and wounded another in the northern Black Sea province of Kastamonu Turkey after an election rally by Erdoğan.
The PKK ended a six-month cease-fire in February and there have been fears of rising violence before the election.