‘Remorse’ in lieu of an ‘apology’ 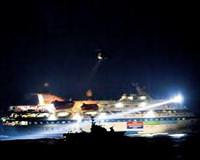 The United Nation’s inquiry panel into the Israeli raid of the Mavi Marmara Gaza aid flotilla will be presented to the General Secretary on May 18th. The Turkish side, which is uncomfortable by the panel’s efforts to find a ‘middle road’ is stating, “If necessary, we will withdraw from the panel.”

The U.N. inquiry panel which has been investigating the Mavi Marmara raid has prepared the first draft of their conclusive report on the incident. According to leaked details of the draft, the report falls short of stating Israel violated international law, a stance Turkey defends on the issue. The report does note that Israel, which defends they acted in legitimate self-defense, used excessive force resulting in deaths. When it comes to Turkey's demand for an apology and compensation, the panel seems to have chosen to take a middle road stance and when referring to Israel's obligations, used the term 'expressing remorse' instead of demanding Israel relay an apology however did demand Israel pay compensation to the families of the nine activists killed. The U.N. Panel, led by former New Zealand Prime Minister Geoffrey Palmer, plans to present their recommendations to UN Secretary General Ban Ki Moon. After the panel presents the report, Ban Ki Moon will make a final decision on the outcome. According to Turkish sources, the United Nations will prefer to find a middle ground, however Turkey has already relayed their objections to Palmer as well as to the other members of the panel.

The source also reminds that the presentation of the report has already been delayed due to Israel's objections and providing their defense late. "This time, we can delay the process. If necessary we will withdraw from the panel." The authority also states that the ruling to issue Israel to pay compensation is binding by international law, and Israeli will not be pleased by such an outcome.

In Turkey's defense, the following points were emphasized:


THE USA EXAMPLE: Turkey presented the United Nations with a 74-page report on September 1st, 2010 requesting an equivalent ruling to its findings. The staging of an armed attack under what Israeli forces claimed was legitimate self-defense was stated to go against the International Court of Justice 1986 ruling. The United States' use of arms in Nicaragua with the rebels was used as an example.

ISRAEL'S OWN WORDS: Turkey's report also includes a definition of international law as provided by the Israeli Supreme Court. "In international law, as is the case for domestic law, targets do not legitimize vehicles. The state's power is not unlimited. All vehicles are not allowed to operate. When the cannonballs roar, we need international law."

ITEMS CONFISCATED: The report also contains details regarding the significant number of personal belongings and money that was confiscated from the ship during the raid. According to the report Turkey provided the U.N., there are still 600 cellular phones, 400 cameras, 350 laptops and a significant amount of money remaining missing. The report notes that Israeli authorities have yet to provide a clear account of what happened to the items.

STATEMENTS FROM FOREIGN NATIONALS: Turkey's report also included a significant number of foreigners' statements regarding the incidents that transpired. According to Mario Damolin, a witness who provided one of such accounts, while they were in custody, there were cameras recording them while they used the bathroom and showered. According to Kuwaiti Deputy Waleed Al Tabtabaei's statement, two passengers were killed from shots directed from the air, before the forces embarked on the ship.