Ergenekon takes to the hills! 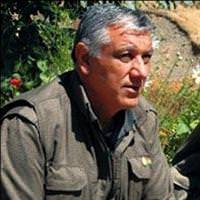 Members of the Ergenekon organization have secretly crossed over into Northern Iraq to discuss sabotaging the upcoming parliamentary election with the PKK’s Qandil wing.

The first meeting took place between the Ergenekon organization and members of the PKK terrorist organization, known as the 'Ankara Group' for their Ergenekon affiliation, on March 2nd in the former Zorgali Camp located nearby Qandil.
The second meeting transpired on April 4th in the Zap region of Northern Iraq.
TWO MEMBERS SPOKE WITH BAYIK
In the meeting in Zorgali, two representatives on behalf of the Ergenekon organization, N.C. and M.S.m met with PKK group leader Cemil Bayık. It has been learned that the two Ergenekon representatives once served the state in important ranks.
THE DIRTY PLANS' THREE OBJECTIVES
During the meetings three objectives were identified for prior to the election, the day of the election and following:
1-To disrupt the election process with a series of events in critical locations… To determine sensitive regions and to bring into Turkey a group of 60-70 terrorists. Attacks would be staged by 6-8 terrorists. AK Party offices would be raided, and candidates threatened. In addition, attacks were also planed for the Aegean and Marmaris Sea regions.
2- To exert pressure on the voter on the day of the election… Three thousand people to be determined by the KCK, the PKK terrorist organization's urban wing, which would exert pressure ob voters while also established insecurity in the region. The Aegean and Maris regions were also included in the plans.
3-To trap the AK Party in the region… As for the plans made to follow the elections, after the June 12th parliamentary election, the AK Party deputies elected would be obstructed from working comfortable in the region. Attacks will be staged on AK Party District and Provincial Agencies and especially planned to be staged simultaneously.