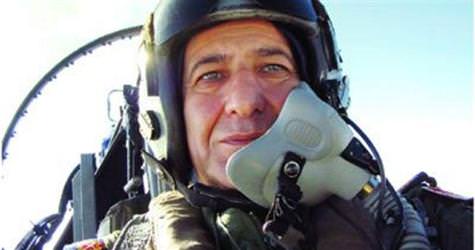 A top Turkish general was jailed on Monday pending trial over an alleged 2003 plot to unseat Prime Minister Tayyip Erdoğan’s government, a move that could fuel tensions two weeks before a parliamentary election.

General Bilgin Balanlı, commander of Turkey's military academies, is the highest-ranking serving officer among nearly 200 serving and retired officers charged with involvement in the alleged conspiracy, dubbed "Operation Sledgehammer" (Balyoz). The case has exacerbated strains between Turkey's secularist military and a ruling party with roots in banned Islamist movements as campaigning heats up for the June 12 election.
The Istanbul court ordered General Balanlı be sent to jail pending trial on the recommendation of a prosecutor who questioned him for three hours on Monday, broadcasters reported.
Most of the defendants are held in jail near Istanbul.
The court released five other serving generals, two colonels and an admiral summoned for questioning on Friday after the seizure of documents at a retired colonel's house.
Erdoğan, whose ruling AK Party is expected to win a third successive term in office, declined to comment on the detention.
Turkish media reports have suggested that the decision to question the generals was behind the surprise last-minute can

cellation of major military exercises in the Aegean region last week.
An armed forces official said the drills were cancelled for military reasons, while political leaders have declined comment.
The number one suspect in the case is retired General Çetin Doğan, former head of the prestigious First Army, who is campaigning to win a seat in parliament. Defendants in the Sledgehammer case say the documents presented by the prosecution were part of a war game scenario used in a military seminar and that other documents were faked.


Separately, prosecutors have asked two generals who led a 1980 coup to testify in an investigation on suspicion of "seeking to change the constitutional order by armed force".


The chief prosecutor's office sought statements from retired armed forces Chief Kenan Evren, who led the coup and then became president, and retired air force commander Tahsın Şahınkaya.
A lawyer for Evren, 93, has requested that he be questioned at home due to his advanced age and ill health. Constitutional changes last year opened the way for their prosecution.
Parliament Speaker Mehmet Ali Şahın described the decision to summon the generals as "a very important development".
The military has overthrown three elected governments since 1960 and forced an Islamist-led coalition to quit in 1997.
Erdoğan plans to introduce a new constitution to replace the one drafted under Evren's military rule following the 1980 coup.