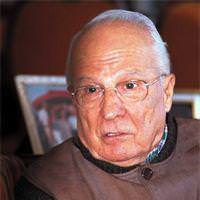 Kenan Evren, the general who led a coup in Turkey in 1980, gave testimony on Monday to prosecutors investigating the putsch.

While killings between political activists from left- and right-wing factions stopped after the army takeover, Turks have bitter memories of the repression that followed.
About 50 people were executed, hundreds of thousands were arrested, many were tortured, hundreds died in custody and many disappeared following the military takeover.
Victims of the Sept. 12, 1980, coup filed petitions with prosecutors in September after the immunity of the generals was lifted following amendments to the constitution brought by Prime Minister Tayyip Erdoğan's government.
A statute of limitations may prevent the generals from ever being put on trial, according to some legal experts.
Evren, who became president after the coup until 1989, was the first person interviewed in the investigation. Now aged 93, he gave testimony at his residence due to ill health.
Evren's lawyer Omer Nihat Ozgun told reporters deputy chief prosecutor Huseyin Gorusen had questioned Evren for 2-1/2 hours at military housing in Ankara. He said his client had been asked 12 questions about the coup and had cooperated fully.
Evren has said the intervention ended years of political violence in which some 5,000 people were killed.
NATO-member Turkey was a frontline state in the Cold War era and there is a commonly held view among Turks that CIA agents helped stir the violence in order to pave the way for the military to take over. It remains a factor in Turks abiding mistrust of the United States.
Turkey holds a parliamentary election on June 12 that Erdoğan's ruling AK Party is expected to win comfortably.
Erdoğan plans to frame a new constitution after the election, as the current one was written in 1982, during the period of military tutelage.

Among other coup generals, retired air force chief Tahsin Sahinkaya is also due to give testimony while navy commander Nejat Tumer died shortly before being called by prosecutors.

The commanders are being investigated on charges of carrying out a coup and trying to change the constitutional order by armed force. A decision on opening a court case will be made after prosecutors complete their investigation.
The military, which has traditionally viewed itself as guardian of the secular state founded by Mustafa Kemal Ataturk in 1923, has carried out three coups between 1960 and 1980.
In 1997 the military pushed an Islamist-led government out of office.
Erdogan's government has reined in the military's power by using reforms undertaken to bring Turkey closer to European Union standards, as the country is bidding for membership.
Turks have also been watching an investigation into an alleged plot to overthrow the government in 2003. On Monday, the secularist Cumhuriyet newspaper reported that 25 officers, including two recently retired heads of the armed forces, could be summoned for questioning.
Some 200 officers, including top generals, have been charged as part of that "Sledgehammer" court case.