Why is Turkey's June 12 vote important? 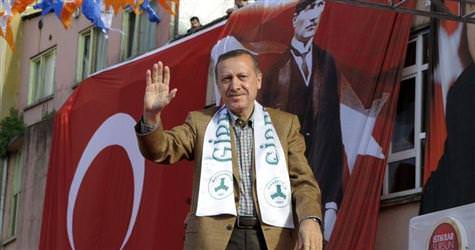 Turkish Prime Minister Tayyip Erdoğan is expected to easily win a third consecutive term of single-party rule in a parliamentary election on June 12.

Under Erdoğan's AK Party, in power since 2002, overwhelmingly Muslim Turkey has become one of the world's fastest growing economies and a powerhouse in the region, while it has also opened negotiations to join the European Union.
With Turks poised to return Erdoğan to power as they enjoy rising living standards and new-found confidence, the only unknown hanging over the vote is the margin of victory.
But the outcome will have wide repercussions for this important country of 74 million people straddling East and West.
If AK, which emerged from banned Islamist parties, wins a two-thirds majority it would allow Erdoğan to unilaterally push through a planned new constitution. There is talk Erdoğan wants a more presidential system and that he covets the presidency.
The opposition accuses AK of wanting to monopolizes power and says that while Turkey's constitution needs reform, a new charter without input from other parties would be simply an AK version of democracy and would concentrate too much control in Erdoğan's hands.
Below are the most likely scenarios from the June 12 vote.
AK PARTY WINS "SUPERMAJORITY"
If AK wins a "supermajority" of 367 seats or more in the 550-seat legislature, it could push constitutional reforms through parliament without calling a referendum.
Polls show support for the AK at 45-50 percent, compared to the 46.6 percent it won in 2007. AK currently has 331 seats.
AK, which has clipped the powers of the army and overhauled the judiciary, would have no hindrances in drafting a new constitution, possibly with enhanced presidential powers.
Erdoğan says a new charter to replace one drafted after a military coup in 1980 will bolster democracy and pluralism and bring Turkey closer to the EU.
Critics accuse Erdoğan of showing authoritarian tendencies. They cite as examples the detention of scores of journalists in a spiralling investigation into an alleged anti-government militant network, and the use of tax authorities as a weapon to cow a critical media group.
Under party laws, Erdoğan cannot run again as prime minister in 2015.
There are two factors that could determine whether the AK wins the supermajority.
The first is whether the far-right Nationalist Movement Party (MHP), Turkey's third largest party, can reach the 10 percent threshold a party needs to take seats in parliament.
A sex video scandal led to the resignation of 10 senior MHP members, and threw the party into disarray. Erdoğan has courted MHP voters by adopting a more nationalist message.
If the MHP can't take its seats in parliament they will be carved up by the other parties on a proportional basis.
AK stands to gain the most.
A second factor will be how many seats the pro-Kurdish Peace and Democracy Party (BDP) wins in the mainly Kurdish southeast. A strong BDP showing could deny the AK a two-thirds majority.
Erdoğan took a risk in 2009 by announcing an initiative to increase Kurds' cultural and political rights, but his failure to sustain reforms in the face of opposition from nationalists could boost the BDP. Polls show support for BDP at 25-30 seats, up from the 19 seats a defunct pro-Kurdish party won in 2007.
Market impact: AK is regarded as the most investor-friendly party for its past reforms. But too big a majority might get a cool reception from investors, concerned about the direction of the country under a victorious AK with no checks and balances. Bonds, lira and stocks might even weaken in the short term.
AK PARTY WINS, BUT NO "SUPERMAJORITY"
If AK wins less than 367 seats but more than 330, parliament can still approve constitutional changes but they would need to be ratified by a popular vote. Less than 330 seats would require AK to seek support of other political parties, possibly Kurds, or drop its plans to change the constitution.
A referendum on a new charter with a presidential system would trigger a vigorous debate and would polarize Turkey even more, especially if the opposition gains strength. Surveys put support for the main opposition party, the Republican People's Party (CHP) at 25-30 percent, up from 21 percent in 2007.
The CHP says Turkey needs to modernize its constitution, but is deeply suspicious of Erdoğan and AK for its Islamist past.
Kurdish nationalists want a redefinition of Turkish citizenship in a new charter, which could provoke a backlash from nationalists within the AK and outside the party.
Any attempt to amend the first four clauses of the constitution -- which describe Turkey as a secular state envisioned by founder Kemal Ataturk -- would galvanize secularists, who in 2008 organized mass protests against AK's attempt to lift a ban on headscarves at university.
Market impact: Such an outcome would probably give markets a lift in the short-term, as it would mean another four years of single-party government but at the same time force AK to seek wider consensus for its constitutional reforms. Investors believe this could lessen the chances of ideological conflict. Failure to win a "supermajority" might also convince AK that it needs to focus more on structural reforms in the economy to sustain economic growth and shore up support.
There is some concern that the government might neglect other policy issues if it gives constitutional reform priority.
Despite strong GDP growth Turkey's economy is not without challenges: the current account deficit is ballooning, foreigners are cutting Turkish debt and currency exposure, fiscal policy needs tightening to cool overheating and youth unemployment is high for a country where the average age is 28.