Izmir may become next NATO land forces base 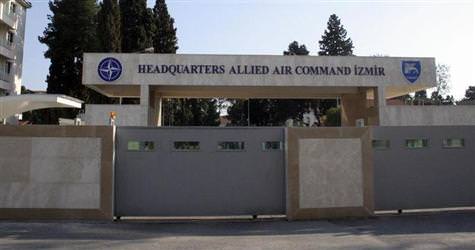 Turkey says it expects NATO to pick the Turkish western city of Izmir for its future land forces’ command, but diplomats expect tough bargaining this week by states that could lose bases in a headquarters reform.

"NATO's Land Component Command, the ground forces command, is coming to Izmir," Turkish Defense Minister Vecdi Gönül was quoted as saying on Monday, when asked about the future of the Izmir base.
NATO currently has two land commands — at Heidelberg in Germany and another near Madrid.
Shifting to Izmir, currently a NATO air base, would entail the closure of the German and Spanish bases, under reforms proposed by NATO Secretary-General Anders Fogh Rasmussen, who is seeking to cut the number of major NATO bases to seven from 11.
Defense ministers of NATO's 28 states will discuss the proposals at a meeting in Brussels on Wednesday and Thursday and diplomats said some tough exchanges were expected.
"It could happen, but it's still open," one NATO diplomat said of the change envisioned by Turkey. "Ministers need to take a decision and there is definitely some resistance by the countries that would be affected by the proposals."
NATO now has two commands each for its land, air and naval forces and three joint-force commands, but this duplication has come under scrutiny with defense budgets throughout the Western world under pressure due to the economic crisis.
Rasmussen's reforms would involve closing one of each of the land, air and naval bases and one joint-force command, NATO sources say.
There has been speculation in the Turkish media that Izmir would be closed as part of the changes, but Gönül said Ankara had fought for a continuing international role for the base.
However, while Germany has no objection to the closure of Heidelberg, diplomats say Spain has been resisting the loss of the Madrid land base, and Portugal wants to hold on to its base at Lisbon, the joint-force command considered most under threat.
"Heidelberg will definitely go, that's no secret," the diplomat said. "The discussion is mainly among the southern European states."
Even if Portugal were willing to accept losing the Lisbon base, diplomats said there was a question mark over whether its delegation at the Brussels meeting would be able to take a decision on behalf of the country's new government.
Rasmussen said on Monday he thought an agreement could be reached on the future locations of the headquarters, which NATO leaders asked him to propose when they met at a summit in Lisbon last November. "By nature, I'm an optimist," he said.