Election day in Turkey on Sunday 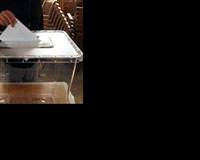 Turks vote for a new parliament on June 12 to serve a four-year term, with the ruling centre-right AK Party expected to win most seats in the 550-member assembly.

Here are some facts about the election on Sunday:
- Polling stations open at 7 a.m. in eastern Turkey and at 8 a.m. in western regions, including the capital Ankara and the largest city and financial centre Istanbul.
- Polling stations close at 4 p.m. in the east and at 5 p.m. in the west.
- There are no exit polls and there is a ban on reporting results until 9 p.m. when first unofficial results are expected. The approximate number of seats won by each party should be clear by late Sunday. The High Election Board is not expected to publish official results before June 19.
- Some 50 million Turks residing in Turkey and some 2.5 million Turkish citizens living abroad have the right to vote, out of a total population of 74 million. About 5 million young people will be voting in a national election for the first time.
- A total of 15 political parties are contesting the election. The total number of candidates, including independents, is 7,695.
- To enter parliament, a party must gain more than 10 percent of votes cast nationally. This is one of the world's highest thresholds and prevents many smaller parties being represented in the assembly. Some -- notably the pro-Kurdish Peace and Democracy Party (BDP) -- bypass this restriction by fielding candidates as independents, who can enter parliament if they gain enough votes.

- Opinion polls suggest only three parties -- the AK Party, the centre-left Republican People's Party (CHP) and nationalist MHP will enter parliament, along with at least 28 independents.