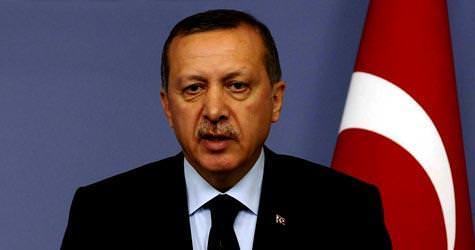 Syrian State Leader Bashar al-Assad paid a call to Prime Minister Erdoğan the day prior to offer his congratulations on the election win, while also requesting cooperation in the return of refugees that have fled from Syria to Turkey.

Syrian State Leader Bashar al-Assad congratulated Prime Minister Tayyip Erdoğan over the phone and requested that both Syria's and Turkey's Red Crescent work together to ensure the return of Syrian nationals from Hatay. Yesterday, Assad sent special envoy Hasan Türkmani to discuss the issue, however Erdoğan did not grant a green light, stating that he needed a guarantee those returning would be safe. Telling Assad, 'the images are extremely grave," Erdoğan also issued an order for Foreign Affairs Minister Ahmet Davutoğlu to go to Hatay and witness the situation in person before meeting with Türkmani.

RED CRESCENT UNION
During the telephone conversation, Erdoğan referred to the images of the violent events transpiring in Syria, and requested he commit to a date for initiating reforms and reminded Assad that he had not kept his word regarding the promises he made. Erdoğan stated, "Under these conditions, it is by necessity of international law for Turkey to protect the life safety of those requesting help from Turkey. The future of the Syrian public is shared by us." Syria's official news agency SANA announced the day before yesterday that during the evening Council of Ministers meeting, the Syrian Red Crescent was given the duty to communicate and collaborate with the Turkish Red Crescent in order to facilitate and aid in the coordination of the return of Syrian nationals form Turkey. According to the news, Syria's Red Crescent has been assigned the duty of fulfilling all of the needs and medical services necessary for their return to their villages.
SURVEILLING THE CAMP
Amongst the almost ten thousand Syrians that have sought shelter in Hatay for safety are also a number of traffickers and others supposedly escaping tribal segmentation by coming to Turkey. Due to the proximity to the border, a number of refugees are supposedly returning at times and then revisiting the border again to set up camp. Most recently, over 250 refugees left the camp yesterday. Davutoğlu relayed his observations regarding the current situation of Syrian refugees to the Prime Minister prior to his meeting with Assad's envoy Türkmani.