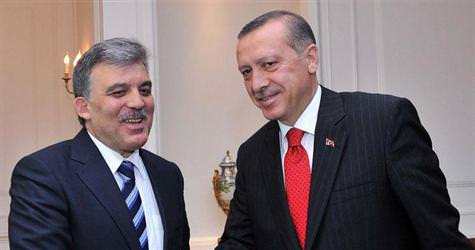 President Abdullah Gül said on Monday that a speech on reforms by Syrian President Bashar al-Assad was "not enough," and added that Assad should transform Syria into a multi-party system.

"Assad should clearly and precisely say: 'Everything has changed. We're transforming the system into a multi-party one. Everything will be organised according to the Syrian's people will, and I will be carrying out this process'," Gül said, in the latest sign Turkey is losing patience with its former ally.
Turkey, which until recently enjoyed warm relations with Syria, has called on Assad several times immediately to halt a violent crackdown on protesters and pass democratic reforms.
Prime Minister Tayyip Erdoğan has condemned the crackdown as "savagery," while Turkey has given sanctuary to some 10,000 Syrian refugees who have streamed across the border.
Ankara repeated that message last week to Hassan Turkmani, Assad's envoy, who held talks in Ankara with Erdoğan and Turkish Foreign Minister Ahmet Davutoğlu.
Under mounting international pressure, and with protest spreading despite a military crackdown that has killed more than 1,300 people, Assad on Monday promised reforms within months. He said "saboteurs" among the protesters were serving a foreign conspiracy to sow chaos.
Opponents said his proposals did not meet popular demands for sweeping political change.
Ersat Hurmuzlu, an advisor to Gül, told the Dubai-based al-Arabiya channel on Sunday that Assad has less than a week to start implementing long-promised political reforms demanded by Syrian protesters, or face "foreign intervention." He did not spell out what this meant.
The European Union, which expressed disappointment at Assad's speech, said it was preparing to expand its sanctions on Syria in response to worsening violence against his opponents.
More than 10,000 Syrian refugees have already crossed into Turkey. Turkish officials say a further 10,000 are sheltering close to the border just inside Syria in the olive groves and rich farmland around the town of Jisr al-Shughour.