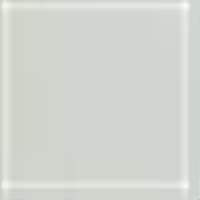 "The recent developments in Syria have deepened our already existing concerns. The footage from yesterday's events has horrified us," Gül said.
"The use of heavy weapons in Hama against civilians has given me a deep shock," he said.
The Turkish government forged close ties with Syria's President Bashar al-Assad in recent years. Turkey has become Syria's biggest trading partner, and the neighbors have established visa free travel.
After the Arab Spring uprisings spread to Syria in March, Prime Minister Tayyip Erdoğan urged Assad to accelerate reforms and call a halt to violence against unarmed protesters demanding an end to his autocratic rule.
Relations became strained after more than 10,000 Syrians fled to Turkey seeking refuge from Assad's security forces since April, but Turkish criticism became more muted after Assad sent an envoy to consult Erdoğan in June.
Gül said he was compelled to speak out by the assault on Hama, on the eve of the Muslim fasting month of Ramadan.
"We cannot remain silent and accept a bloody atmosphere at the start of Ramadan, which is absolutely contrary to the spirit of Ramadan, a period when people expect peace to be secured and reforms to be carried out," Gül said.
The Turkish president warned that Syria could not draw a veil over events in Hama, as people everywhere could see what was going on thanks to modern communications technology, unlike in 1982 when Assad's father crushed an armed Islamist uprising in the same city, killing many thousands of people.
"It's impossible to remain silent in the face of events visible to everyone. I urge the Syrian administration to stop violence against people and to carry out reforms to build the country's future on the base of peace and stability," Gül said.