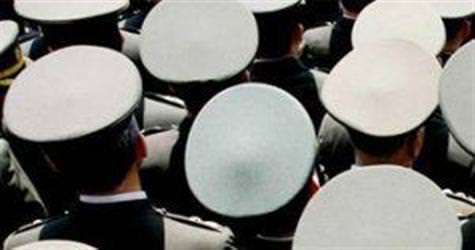 The Supreme Military Council has also ruled on extending the retirement period for the 14 generals and admirals and the 58 captains currently detained in connection to a series of ongoing military coup plot investigations.
Retirement has been requested for 37 generals who were not granted positions due to the lack of availability, and two generals whom had reached the mandatory age limit. No one was dismissed from the Turkish Armed Forces this year due to disciplinary or moral infringements. Vice-admiral Nusret Güner was promoted to Full Admiral and made Fleet Commander. The following promotions were made in the Naval Forces Command: Rear Admiral Veysel Kösele has been made Vice Admiral, Commodores Kemallettin Gür, Hasan Şükrü Korlu, Emin Sami Örgüç have been promoted to Rear Admirals. Captains Mustafa Zeki Uğurlu, Ali Murat Dede, Aydın Şirin, Hasan Nihat Doğan, Muhittin Elgin, Hayrettin İmren and Ahmet Çakır have become Commodores. In addition, Vice Admiral Mehmet Otuzbiroğlu, Rear Admirals Halil Özkoç, Haydar Mücahit Şişlioğlu, Atilla Kezek, Commodores Ahmet Türkmen, İsmail Taylan, Sualp Tayfun Atılır, Nadir Hakan Eraydın and Ercüment Tatlıoğlu were promoted.