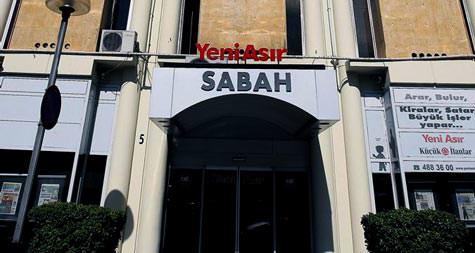 Having made its mark in Turkey's press history, the nation's oldest newspaper Yeni Asır proudly celebrates entering its 117th year. Published as "Asır" for the first time ever in Thessaloniki on August 19th, 1895 it was in 1908 on Wednesday July 22nd , the same day an issue was to release the news of the second constitutionalist period, that the newspaper was renamed "Yeni Asır", which means 'New Era.' On August 24th, 1924, Yeni Asır moved to Izmir and became one of the first newspapers in Turkey's press history. Continuing to be there for readers with the same enthusiasm as it did in its very first days; Yeni Asır was the first color printed rotary press and offset print to use Latin letters 20 years prior to the letter revolution. Yeni Asır was also the first to use a flash camera, to use small advertisements, colored ads and the first to provide interviews and also formed the first ever distribution team. By applying computer technology to the press realm, Yeni Asır was an example to a number of media establishments all the way in Europe, America and Japan.
A "117 YEAR-OLD CORNERSTONE"
Çalık Holding Chairman of the Executive Board Ahmet Çalık states that they are proudly celebrating Yeni Asır's 117th year and referred to the newspaper as not only being the oldest newspaper in the nation and the corner stone of our group, but also one that is taking steadfast steps towards the future. "Yeni Asır has bred distinguished writers that have witnessed history as they served for Turkey's press and is a great treasure for all of Turkey and no longer limited to Izmir and the Aegean Region. With continued innovations, Yeni Asır has always introduced breakthroughs to the Turkish press. For those in the Aegean region, the newspaper was an invaluable part of life, in fact it was everything. Yeni Asır will continue to be an exemplary newspaper with the efforts of its valuable staff and readers' support. Yeni Asır has always protected our Republic, democracy and national and moral values and will continue to be a reflection of the social life, universities, civil society organizations, industry, business owners and farmers of the Aegean region."
Turkuvaz Medya Grubu Executive Board Vice-Chairman Serhat Albayrak states "This is the Aegean's powerful voice and number one newspaper. Yeni Asır, the most trustworthy and oldest witness of the unfolding of history in Turkey, continues to be there for its readers with the same enthusiasm as it did on its very first day."
Chief Editor Şebnem Bursalı emphasizes that Yeni Asır, which has witnessed three centuries in history, has always been a newspaper with principles. "To stand behind everyone that does good for this nation is Yeni Asır's complex-free stance and principle. Yeni Asır is one of Turkey's most significant treasures and not solely for Izmir and the Aegean region."