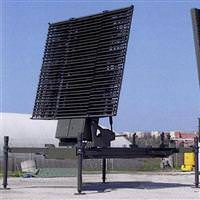 Turkey is set to host a NATO early-warning radar system as part of the defenses of the Western military alliance, the foreign ministry said on Friday.

Turkey, with NATO's second biggest military, has a geo-strategic importance to the alliance dating back to its role as a front-line state in the Cold War era. But its value to NATO has risen as Middle East states with anti-Western policies, like Iran, have developed their missile capabilities.

NATO's Strategic Concept for the coming decade, approved at a summit in Lisbon, confirmed the North Atlantic Treaty Organisation's core task of defending its territory and its commitment to collective defense of its 28 members.

The foreign ministry spokesman said the alliance decided to develop a new defense system against a ballistic missile threat and that work on the project was reaching its final stages.

"It is anticipated that the early warning radar system allocated by the United States for NATO will be deployed in our country," a ministry spokesman said in a statement.

"Turkey's hosting of this element will constitute our country's contribution to the defense system being developed in the framework of NATO's new strategic concept. It will strengthen NATO's defense capacity and our national defense system." No further details were immediately available.

In recent years, Turkey has sought stronger ties with former members of the Soviet bloc, as well as fellow Muslim states in the Middle East, including Iran, to re-balance a foreign policy that had previously leaned heavily toward the West.