Turkey from the air, Iran from land 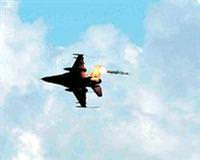 PKK terrorists operate from camps in the Qandil mountains in northern Iraq. The Turkish air strikes hit targets in the Soran district.
Between 145 to 160 terrorists were killed in air and artillery strikes on PKK bases in northern Iraq in August, Turkey's armed forces said.
Saturday, Turkey's southeastern neighbor Iran said its troops had killed or wounded 30 members of the PJAK, an offshoot of the PKK.
The PKK has said it believes Turkey and Iran are coordinating attacks in the region and says it will join forces with the PJAK in response.
The PKK took up arms against the Turkish state in 1984 and is now listed as a terrorist organization by Turkey, the United States and the European Union.
The recent wave of cross-border air strikes came after PKK terrorists killed more than 40 Turkish security personnel in July.
TERRORISTS KILL TWO SOLDIERS, TWO MILITIA
Two militiamen were shot dead Sunday, according to security officials. They had been on patrol in the mountainous southeastern province of Hakkari, which borders Iraq.
Village militia are often recruited from shepherds to guard remote settlements from the PKK.
Four laborers were wounded in a grenade blast while working on a construction site next to a police station in Hakkari.
Two soldiers were shot dead Saturday in Tunceli, another southeastern province where PKK terrorists have been active in recent months. The soldiers were hit while patrolling in the rural Geyiksuyu area.