An Echelon request for Qandil 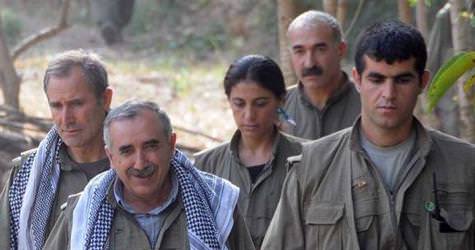 While Turkey has agreed to host a missile shield radar defense system in the southeastern province of Malatya, supposedly in return, Ankara has made a critical request to the United States. Turkey wants the Echelon system to be reinstated to track the PKK organization in Qandil.

Turkey has requested the United States reinstate the Echelon signals intelligence collection system, which had previously played a role in Öcalan's arrest. The target includes the leaders of the PKK terrorist organization.
It turns out that while approving to host a shield radar defense system in Malatya, Turkey has also made an important request from the United States in the struggle against terrorism. In addition to requesting Predators from the USA in the fight against the PKK terrorist organization, Turkey has also requested the Echelon intelligence signaling system be reinstated in order to track PKK leaders. Situated in America's Fort Meade, at present Echelon has four bases in the Middle East and is operated by the U.S. National Security Agency (NSA). The U.S. President has authority to approve the short-term usage of the Echelon system, however the Congress rules on long-term implementation. Supposedly the issue may be handled during the Director of National Intelligence (DNI) James Clapper's visit to Ankara.

THREE NAMES UNDER CLOSE SURVEILLANCE
The three main targets for Echelon to be used in Qandil is the PKK's number two leader Murat Karayılan, Cemil Bayık, the man responsible to the deaths of 13 soldiers in the Silvan attack staged on July 14th and Fehman Hüseyin, the man who ordered the August 17th attack which resulted in the deaths of eight soldiers in Çukurca. The list also includes 120 individuals whose names have been handed over by Turkey through court rulings to the U.S. and Iraqi administrations as well as others that have gone down in Interpol records.
ÖCALAN WAS TRACKED IN KENYA
The Echelon system played a crucial role in the 1999 capture of PKK leader Abdullah Öcalan. After escaping to Kenya, Öcalan, who had been entered into a voice recognition system, was tracked down by the Echelon system which at the time determined the coordinates of his location. After the 2007 Dağlıca ambush, the Echelon system also successfully prevented two significant raids. In 2006, the Echelon system was also used to locate one of Al Qaeda's leaders Abu Musab El Zerkawi.

TRACKING ALL OVER THE WORLD
The system conducts both voice and visual tracking. A voice sample is recorded from the individual intended to be traced and is entered into the system. The system then tracks the individual's voice globally and the moment it is detected the coordinates of the individual's location is immediately determined. In addition, the conversation held by the individual tracked is automatically transferred into a text format. Billions of conversations are collected by the center and keywords are filtered out through an 'electronic dictionary' system, after which coded words are taken into further analysis. Within a half an hour over one million recordings are deciphered and transformed into intelligence data.