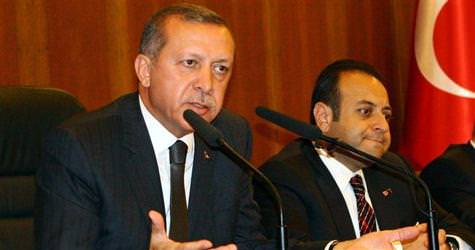 Turkey could begin offshore oil and gas exploration operations in agreement with northern Cyprus following similar moves by Cyprus, Israel and Greece, Prime Minister Tayyip Erdoğan said on Monday amid an escalating dispute over rights to hydrocarbon reserves in the Eastern Mediterranean.

"Currently, we also took this step with Northern Cyprus. And in a very short time, possibly this week, it may happen we will start work in this exclusive economic region," Erdoğan told a news conference before leaving on a visit to the United States.
Turkey disputed an agreement signed last year by Cyprus and Israel over an exclusive economic zone that set maritime borders and rights to explore natural resources. Erdoğan said the Turkish military would monitor activity in the area using aircraft, a frigate and torpedo boats. Turkey backs a Turkish Cypriot breakaway state in northern Cyprus and says any natural resources found offshore should belong to both communities.