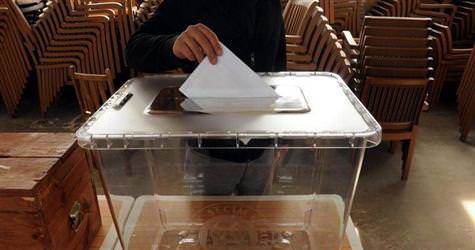 Initiated by a question posed by Prime Minister Erdoğan, "why 50 percent of voters voted for the AK Party and why the remaining 50 % did not," analysis of the voters in the June 12th election has been completed. The research, conducted by Anar and Pollmark and coordinated by Deputy Prime Minister Beşir Atalay, was presented to Prime Minister Erdoğan last week. The research, conducted between June 22nd and July 10th in 26 different provinces where 28, 723 AK Party or Justice and Development Party voters were questioned, reaped interesting results.
SECULAR IDENTITY
According to the information obtained by SABAH, out of the 21,466,356 voters who voted for the AK Party, 27.1% qualify themselves as being conservative, 24.4% Turkish Nationalists, 16.4% were Atatürk- Kemalist supporters while 7.2% claim to be social democrats, 5.9% liberal democrats, three percent were neo-nationalists and 1.4% describe themselves as Kurdish Nationalists.
The following statements were delivered in a presentation for Prime Minister Erdoğan in regards to the findings in the analysis: "The number of community groups with secularist identities that voted for the AK Party cannot be underestimated. All ideological molds have been broken. "
The research also evaluates the rate of AK Party voters which characterize themselves as Atatürk-Kemalist supporters, in comparison to the rates received by CHP, MHP and BDP and what this may mean. Here are the details:
*16.4%, the number of AK Party voters who qualify themselves to be Atatürk- Kemalist supporters is 3,520,000. This figure equates to one-third of the 11,147,736 number of voters who voted for CHP, a party which identifies itself to have Atatürk's values. The number of Atatürk- Kemalist supporters which voted for the AKP equates to half of the 5,575,993 votes figure received by the MHP and is equivalent to one and a half times the2,826,031 votes received by the independent candidates supported by the BDP.
*The number of AK Party voters who refer to themselves as Turkish Nationalists at 24.4 percent, equates to five million voters. This figure is also equal to the entire number of voters for MHP, a party which qualifies itself as being Turkish Nationalists.
* The rate of AK Party voters which categorize themselves as Kurdish Nationalists is 1.4 percent. This figure equates to 150,000 voters, which is equal to six percent of the votes for BDP's independent candidates.

WOMEN AND MEN
* According to gender-based votes, there was a higher rate of women voters compared to men. The AK Party received 47.3 percent of women's votes, CHP received 25.3% and female voters for MHP and BDP appear to have practically doubled that of votes received by men. Out of the AK Party's loyal voters, 54.3 % were women, while 52.9% of male voters were seen to more indecisive. In fact, men made up the majority of wavering voters for all parties.
* The AK Party received significant support from all age groups. As for CHP, the rate of voters increases with age, whereas the case is the opposite for MHP and BDP. The highest rate of votes for all parties combined came from the 25-34 year-old age group.
* Employment based voter rates show that with the exception of retirees that are members of the retirement fund, the AK Party received the highest rate of votes in all career categories. Also of note, is the fact that the AK Party was also the most preferred party amongst students and the homeless...
While amongst retired public servants CHP received the highest support in comparison to others, SSK and Bağ-Kur retirees were seen to show higher support for the AK Party.