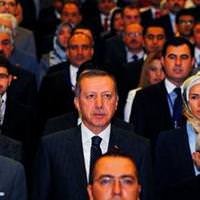 With his ‘One Minute’ Davos outburst and recent historical trip to North Africa, Prime Minister Recep Tayyip Erdoğan has now become one of the most searched for names in the Google search engine.

Pakistan and Israel come in first in terms of logging in the most number of searches for "Turkey Prime Minister". According to "Google Trends" statistics, searches for the name "Tayyip Erdoğan", which was first recorded in "Google Trends" history in 2005, has reaped 17,400,000, results.
According to statistics, up until 2007 the search term for "Tayyip Erdoğan" followed a normal trend, while between the years 2007 to 2010 a significant increase was noted. In 2011, the rate of Erdoğan searches doubled. Both Turkey and the United States are amongst the nations where the term "Tayyip Erdoğan" is most frequently searched on Google. In 2011, searches for "Recep Tayyip Erdoğan" reaped peak results in Turkish.
The number of records with the name "Recep Tayyip Erdoğan" has reached 16,800,000. Also of note are the results from searches in English for "Turkey Prime Minister". According to search results, there are 1,740,000 listings for the term and the nations where the phrase has been most widely searched are Pakistan and Israel. With 1,810,000 results, the phrase "Turkish Prime Minister" also reached a peak in 2009 and 2011 according to Trends findings.