Turkey becomes one heart for Van 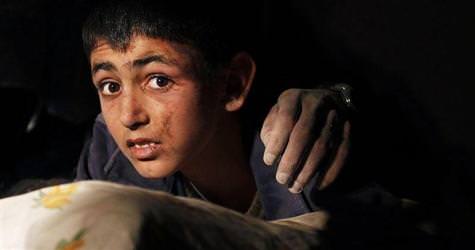 A relief program held for Van last night and broadcasted live simultaneously by 19 different media establishments managed to collect 62 million TL in aid and to display a beautiful example of unity during this time of deep distress. Prime Minister Erdoğan also called in on the show and stated that Van will be rebuilt.

THOSE WHO DONATED
Çalık Holding Chairman of the Executive Board Ahmet Çalık donated one million TL to the campaign. Calling into the program, Eti Chairman of the Executive Board Firuzan Kanatlı also made a one million TL donation. Merinos CEO İbrahim Erdemoğlu not only offered one million TL in cash, but also promised to build a school and institute for three million TL. The ATV and Kanal D television stations have also announced they will be donating the 1,860,000 TL revenue from advertisements acquired during the broadcast. Metro Group Chairman Galip Öztürk also made a promise to build a school for 3.5 million TL. Owner of Özdemir İnşaat, Şenol Özdemir donated three million dollars. Koza İpek Group Executive Board Chairman Akın İpek donated one million TL 1 Milyon TL, Evkur Executive Board Chairman Hasan Kan announced he would be offering two million TL in aid. Owner of Yeşil İnşaat, Engin Yeşil announced that he would be building 100 mobile homes. Ağaoğlu İnşaat Group also announced they would be donating one million, 200 thousand TL in aid.
HOW CAN YOU HELP?
For non-monetary donations call the Red Crescent Crisis Table: 0 312 293 60 25 / 0 312 293 60 26 T.C.
ZİRAAT BANKASI Aşağı Ayrancı Şubesi, Ankara
TL Account: TR600001000820555555555031
Dollar Account: R330001000820555555555032
Euro Account : TR060001000820555555555033