Gül is invited to Buckingham Palace 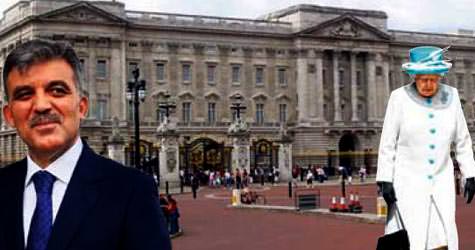 Kenan Evren was the last Turkish president to receive this special invitation. President Gül and first lady Hayrünnisa Gül are scheduled to visit London from November 20th to the 24th. Upon their arrival, they will be greeted at the airport by the Queen's special representative.
The Gül couple will stay in a hotel for two days after which they will move on to the Buckingham Palace. On November 21st, Gül will attend and speak at a program organized by the Confederation of British Industry and will also pay a visit to the British Navy.
On their second day, the Gül couple will be picked up from their hotel by the heir to the throne Prince Charles and will be driven by limousine to the Palace, accompanied by the Royal Cavalry. At the Palace, the Turkish President and First Lady will meet with Queen Elizabeth, Prince William and Princess Kate.
HIGH TEA WITH THE QUEEN
After donning a tailcoat during Queen Elizabeth's 2008 visit to Turkey, Gül will once again wear a tuxedo and bow-tie to meet the Queen. While Gül has specially ordered the suit he plans to wear at the evening dinner with the Royal family, the First Lady also ordered a specially designed evening dress for the event. On the second day of their stay at the Palace, First Lady Gül will partake in Britain's famous high tea with the Queen. Middleton will also be in attendance. U.S. President Barack Obama was the first President invited by the Queen in 2011.