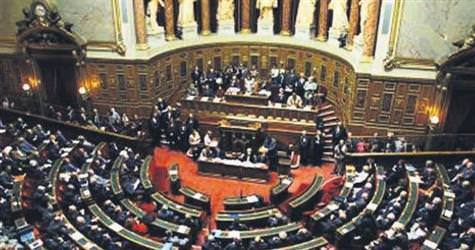 Turkey warned France on Friday that their political and economic relations would suffer grave consequences if the French parliament passed a draft law making it illegal to deny the Aremnian allegations of a 1915 mass killing of Armenians in the Ottoman Empire.

French President Nicolas Sarkozy, a vocal critic of Turkey's long-standing, but slow-moving bid to join the European Union, told Turkey in October that unless it recognized the Armenian allegations', France would consider making denial a crime.

The draft law, put forward by a deputy from Sarkozy's party, is due to go before parliament next week and proposes a one-year prison sentence and 45,000 euro fine for denying the Armenian allegations.

"This proposed law targets and is hostile to the Republic of Turkey, the Turkish nation and the Turkish community living in France," Turkish Prime Minister Tayyip Erdoğan wrote in a letter to Sarkozy.

"I want to state clearly that such steps will have grave consequences for future relations between Turkey and France in political, economic, cultural and all areas and the responsibility will rest with those behind this initiative," stated the letter.

Armenians says some 1.5 million Christian Armenians were killed in what is now eastern Turkey during World War One. Ankara denies the killings were directed at Armenians and says many Muslim Turks and Kurds were also put to death as Russian troops invaded eastern Anatolia, often aided by Armenian militias.

"Turkish-French relations should not be held captive by the demands of third parties," Erdoğan said. "This is a sensitive, serious subject."
Erdoğan said common sense should come before political calculations, a hint the draft law was aimed at securing the support of 500,000 French voters of Armenian descent in elections due in five months time.

Turkey has increasingly flexed its rising economic and political muscle on the world stage and in the Middle East as its economy continues to show strong growth while western Europe suffers a financial crisis.