Police detain 38, most of them journalists 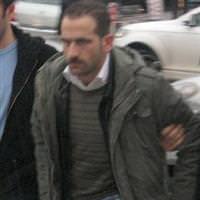 Police detained at least 38 people, most of them journalists, in dawn raids across the country on Tuesday as part of an investigation into links with the PKK terrorist organization's urban wing KCK.

Police arrested 25 people in Istanbul, most of them journalists including Agence France-Presse photographer Mustafa Ozer. More than 10 journalists from the Dicle news agency were also arrested.

Hundreds of people, including elected mayors, are already on trial on charges of ties to the PKK terrorist organization as part of the same investigation which began two years ago.

In Diyarbakir, police held at least four people, and carried out searches in 10 offices and houses belonging to Dicle staff, officials said. Simultaneous raids were also conducted in the capital Ankara, Izmir and other cities where arrests were also made.