France to vote on Armenian bill 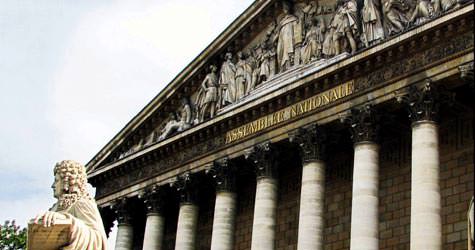 Relations between France and rising regional power Turkey are likely to nose-dive after a vote in the French parliament on Thursday that would make it a crime to deny Armenian allegations regarding mass killings which took place in 1915.

Faced with French President Nicolas Sarkozy's open hostility to Turkey's all-but stagnant bid to join the European Union, and buoyed by a fast-growing economy, Ankara has little to lose by picking a political fight with Paris.

With Turkey taking an increasingly pivotal and influential role in the Middle East, especially over Syria, Iran and Libya, France could experience some diplomatic discomfort, and French firms could lose out on lucrative Turkish contracts.

Even though nearly 100 years have passed since the killings that coincided with World War One, successive Turkish governments and the vast majority of Turks feel the Armenian claims are a direct insult to the nation.

Turkish leaders also argue that the bill, proposed by 40 deputies from Sarkozy's party, is a blatant attempt at winning the votes of 500,000 ethnic Armenians in France in next year's elections, limits freedom of speech and is an unnecessary meddling by politicians in a business best left to historians.

"This proposed law targets and is hostile to the Republic of Turkey, the Turkish nation and the Turkish community living in France," Turkish Prime Minister Tayyip Erdoğan wrote in a tersely worded letter to Sarkozy last week.

"I want to state clearly that such steps will have grave consequences for future relations between Turkey and France in political, economic, cultural and all areas," he said.

The volume of trade between France and Turkey from January to November this year was more than $13.5 billion, according to Turkish government statistics. France is Turkey's fifth biggest export market and the sixth biggest source of its imports.

The French government has stressed that the bill, which mandates a 45,000-euro fine and a year in jail for offenders, is not its own initiative and pointed out that Turkey cannot impose unilateral trade sanctions.

"We have to remember international rules and with regard to Turkey it's a member of the WTO (World Trade Organization) and is linked to the European Union by a customs union and these two commitments mean a non-discriminatory policy towards all companies within the European Union," said French Foreign Ministry spokesman Bernard Valero.

The Turkish government has ruled out an embargo, but has hinted at a boycott. "There will be an effect on consumer preferences," said Turkish Industry Minister Nihat Ergun.

Others went further and suggested French firms might lose out in profitable defense deals and contracts to build energy pipelines and Turkey's first nuclear power station.

"France is about to commit a political sin. Newly arising French-Turkish ties in the energy sector may not be in a position to overcome this," Energy Minister Taner Yıldız was quoted as saying.

When France passed a law recognising the killing of Armenians in 2001, Turkey was in the midst of an economic crisis, and reacted in a similar vein, but figures show trade between the two countries nevertheless grew steadily.

The French lower house of parliament first passed a bill criminalizing the denial of Armenian claims in 2006, but it was finally rejected by the Senate in May of this year.

The new bill was made more general to outlaw the denial of the allegations, partly in the hope of appeasing the Turks. While it is very likely to be approved by the lower house, it could also face a long passage into law, though its backers want to see it completed before April's French presidential election.

Armenia says some 1.5 million Christian Armenians were killed in what is now eastern Turkey during World War One in a deliberate policy ordered by the Ottoman Empire.

Ankara denies the killings were directed at Armenians and says many Muslim Turks and Kurds were also put to death as Russian troops invaded eastern Anatolia, often aided by Armenian militias.

The Republic of Turkey emerged from the remnants of the Ottoman Empire in 1923 after more than 10 years of almost continual warfare against the British, French, Russians, Arabs, Armenians and Greeks, all of them intent on carving off territory from the dying state.
After war, massacres, famine and massive population movements, the new republic was much more religiously and ethnically homogenous than ever before and Turkey's new leaders pursued a secular nationalism that turned its back on the past.
Francois Rochebloine, president of the Franco-Armenian friendship group in the French lower house and a leading proponent of the bill, said he did not expect any lasting repercussions. "These pressures already existed when France in 2001 recognised the Armenia (claims)," said Rochebloine. At that time, he said, "we received two cubic metres of mail and faxes (opposing it), but life continued and Turkey is not mad."
But the Turkey of 2011 is a very different place from 10 years ago.
"Today, unfortunately (Turkey's) EU process ... is almost dead and Turkey's hands are not tied anymore. Turkey's economy is one of the strongest in the world so for this Turkey, one should make a different calculation," Volkan Bozkir, the head of Turkey's Parliamentary Foreign Affairs Committee, said in Paris after lobbying French officials.