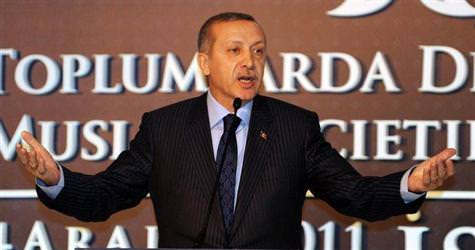 Prime Minister Tayyip Erdoğan accused France of genocide in Algeria in the 1940s and 50s, responding to a French parliament vote to make it a crime to deny that the mass killings of Armenians in Ottoman Turkey was ‘so-called genocide’.

Erdoğan also said President Nicolas Sarkozy's father might have direct knowledge about French "massacres" in Algeria. "In Algeria from 1945, an estimated 15 percent of the population was massacred by the French. This is genocide," Erdoğan said on live television.
"If the French President Mr. Sarkozy doesn't know about this genocide he should go and ask his father, Paul Sarkozy. "His father served in the French Legion in Algeria in the 1940s. I am sure he would have lots to tell his son about the French massacres in Algeria," Erdoğan said.
Parliamentarians in France's lower house of parliament voted overwhelmingly in favour of a draft law outlawing the denial of Armenian allegations on Thursday, which the Senate will debate next year. If passed, the bill would make it illegal to deny the 1915 mass killing of Armenians by Ottoman Turks amounted to 'so-called genocide'.
The issue has caused outrage in Turkey, which argues killings took place on all sides during a fierce partisan conflict. Erdoğan condemned the bill shortly after the vote, recalled Ankara's ambassador to France for consultations and cancelled all joint economic, political and military meetings.
On Friday, he vowed to take more steps. "We will take gradual measures as long as the current (French) attitude is maintained," he said, without elaborating. "The vote in the French parliament has shown how dangerous racism, discrimination and Islamophobia have become in France and Europe."