Don’t shoot us in the foot 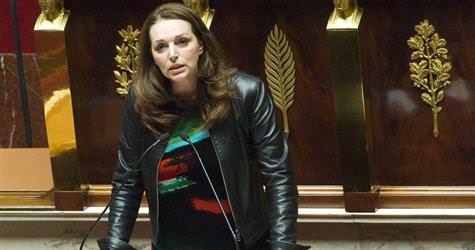 While the weather in France seemed to be developing in our favor, an irresponsible attack staged by a group of hackers has presented Sarkozy with a golden opportunity. An issue of honor has been reduced to the disgrace of piracy.

Just as the pressure exerted towards France, whose parliament recently approved the 'Denial Bill' with 35-40 votes in favor, were beginning to reap results, the devising by a group of hackers has instantly reduced Turkey's status from being the aggrieved to the persecutor.
WEBSITE HACKED, THREATS ISSUED
Hacker's broke into Valerie Boyer's website and published an insulting passage on the home page. Valerie Boyer is the French parliamentarian who prepared the bill which calls for making the denial of Armenian allegations a criminal offence. According to Deputy Boyer, she has also received death and rape threats. The hackers also announced intentions to bring down all of the French deputies' websites.
HEADLINES IN THE FRENCH PRESS
All of the French media covered the attack staged by Turkish hackers yesterday. The incident has not only resulted in making a mark on Turkey's image, but it has also provided Sarkozy the opportunity to reel in those French citizens who were critical of the bill to begin with.
PROTECTION FOR BOYER
Hackers broke into Deputy Boyer's website, and published a message signed by Grayhatz- Republic of Turkey. Boyer has now sought out protection due to the threats.