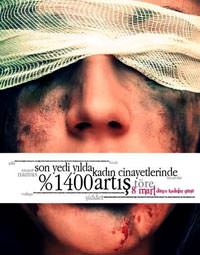 The highly debated classification of “being in a close relationship” has been removed from a draft bill intending to protect women from domestic violence. Preventative measures will now solely be implemented in cases involving offenses in married relationships, divorced relationships, or relationships in which the two parties are engaged to wed.

The inclusion of a clause involving relationships in which the couple is "living together" created debate in a draft bill intending to prevent domestic violence.
The "living together" clause was eventually removed entirely when the Draft Bill for the Protection of Women and Family Members from Domestic Violence was presented to the Council of Minister's last week.

While the draft has been returned to the Ministry of Family Policy, if no other formula is devised to rectify the situation, the draft law may only be viable for those who are married, divorced or engaged. In this case, couples who are living together will not be considered eligible in the protection draft.

DRAFT SOON TO BE BROUGHT TO THE ASSEMBLY
The draft bill, which was presented to cabinet members by Minister of Family and Social Policy Fatma Şahin herself, is expected to be passed on to the assembly, where it will become legislation. In the first section of the draft, entitled "Objective and Scope" it was stated that the draft intends to protect women, children, spouses, fiancées, and those in close relationships, individuals in failed marriages or engagements. However, when the draft was returned via the Prime Ministry, it was noted that the clause "in close relationships" should not be included in the draft. As a result, it appears that if women who are not married are subjected to violence, they will not be eligible to be covered by the draft law.

The following are a few examples of items included in the latest draft of the bill:

Any broadcasting organizations that violate the rights of the abused or their close ones, that use expressions or imagery that is offensive to listeners or viewers may be fined between at least 10,000 TL and 20,000 TL.

Males who have been violent against their wives or children will have to undergo psychological treatment and if they are unemployment, they will be offered job placement courses.

The individual whom has been violent or has the potential to be will be removed from the shared domicile, which will be appropriated to the victim.

Should the judge deem necessary, the party guilty of domestic violence may be tracked by police forces with an electronic cuff and a 'panic necklace' system will be implemented for women.