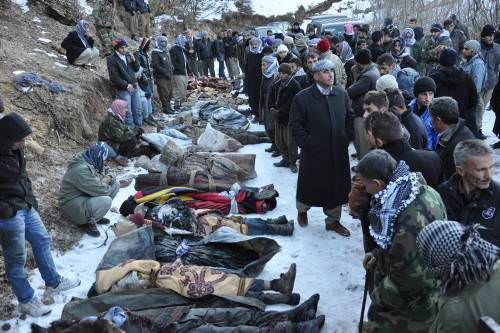 AK Party spokesman Hüseyin Çelik called the incident "saddening" and said reports from local government officials showed most of those killed were smugglers under the age of 30.
"It has been determined from initial reports that these people were smugglers, not terrorists," Çelik told a news conference on live television. "If mistakes were made, if there were flaws and if there were shortcomings in the incident that took place, by no means will these be covered up."