“The four-hour recordings will clarify the situation” 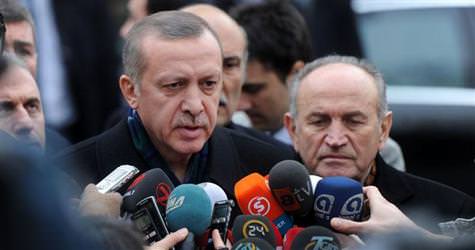 Prime Minister Tayyip Erdoğan on Friday promised a full investigation into airstrikes on the Iraqi border that killed 35 villagers whom the military had mistaken for PKK terrorists.

In the border village of Gülyazı, thousands of mourners attended funerals after digging deep graves along a steep cliff. The bodies, most of them young villagers who were diesel, were ferried on tractors or wrapped in carpets lashed to donkeys making their way along snowed tracks.
Erdoğan said video recordings of the air raid would be examined and forensic experts would be dispatched to the area. "All necessary steps will be taken," Erdoğan told reporters, calling the incident, one of the largest single-day civilian deaths in a decades-long conflict, unfortunate and saddening. But Erdoğan also defended the Turkish military, which has been fighting PKK terrorists since 1984.The military had said its warplanes launched air strikes after drones spotted what looked like suspected PKK terrorists.
"Unfortunately, it's not possible to determine who's who from these images taken by drones. These images showed a group of 40 men near the border," Erdoğan said, adding the PKK has used smugglers and mules to carry out attacks in the past. "Our F16 jets have bombed the area as a result."