Another new procedure for MİT 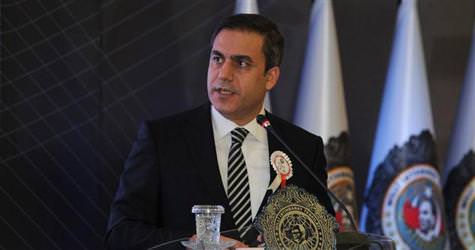 Turkey’s National Intelligence Organization has requested that families of personnel make up a new life story for themselves.

In the past, when MİT staff or their families were asked where the individual works, the general answer was always, "at the Prime Ministry." Now, to join the many new 'structural' innovations MİT Undersecretary Hakan Fidan has implemented since his appointment, intelligence organization members or their families will no longer be allowed to use the term 'Prime Ministry' in response to questions of employment.

THE INTERESTING REASON WHY

In recent days, MİT has opened their doors to the press and to briefings to senior officials in order to commemorate the 85th year of its founding. Now, Fidan has added yet another first to his repertoire.

Fidan has brought together the spouses of the National Intelligence Organization's staff as well as their children over the age of 16. A first in MİT history… The families were first introduced to the establishment and then were briefed and warned of certain details. The first and foremost being a series of precautions in order to avoid, "exposing identities".

'No longer tell people that your family member works for the Prime Ministry. No one believes this anymore. In fact, it works just the opposite, as soon as you say this everyone assumes the individual works for the MİT.'

Gathering for the first time in December, MİT staff's family members were also issued a second warning, this time on internet safety. Firstly the serious risks posed to organization members whose identities are accessible via the internet was explained in detail, followed by providing the following statement: "A significant part of opposing intelligence efforts is geared towards open intelligence. The internet can also be a source of great danger. Participating in social networks is forbidden for organization members to begin with. We cannot restrict those close to them from accessing social networks; however we prefer that they keep their distance. Make sure to especially protect your identity information, images and telephones."

"When it comes to running the organization, there is yet another exciting part of having member families meet. What happens if you can't tell anyone that your spouse or parent works for the intelligence organization? This question has now surfaced... and this is our suggestion: 'Sit down together as a family and create a new life story. Make it believable. If you do it all together, then there won't be a problem with consistency. No matter how much time passes and how many people you have told, you cannot let anything slip from this formula."

When I heard about this, I remembered the presentation that MİT's Hakan Fidan gave us last week. MİT is the most closed establishment in the capital. It is even more mysterious than the General Staff. It seems though this may change with the Fidan era, as we are witnessing a number of serious reform initiatives. This change is significant in terms of its potential to balance relations between the state's various establishments.

Three days ago, Prime Minister Erdoğan told Prime Ministry press members, "I was right in my choice for undersecretary". Just how closely Fidan's activities are followed is obvious. During Fidan's presentation, it was stated, 'we are well aware the global game will never end'. The international arena is like a chess board; in fact it is an open field for a new type of war.

If Turkey is going to be a big player in the 21st century, then each establishment needs to be strong and successful collaboration established between them. A strong MİT equals a strong Turkey. However everything starts with the individual. Organization member's families now face a creativity challenge, and that is to create their own life stories.