Premier Erdoğan explains he is in good health 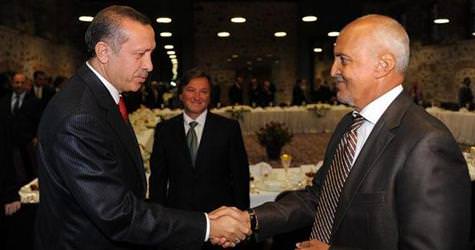 In an interview with journalist Mehmet Ali Birand that was broadcasted on Kanal D during a prime time news broadcast, Prime Minister Erdoğan described how a normal day for him unfolds after undergoing surgery.

"I wake up in the same manner at 6:30 in the morning. Then I rest for another hour and have breakfast at approximately 8:00 to 8:30. During this time, I usually start my shift at 12:00 to 13:00; however I normally work from my home office. I also work from the Prime Ministry. My work at the home office begins early in the morning. Official business at the Prime Ministry starts at around 11:00."
When asked how long his work day lasts, Erdoğan responded by stating,"My night is open ended. This is still the case at present (following surgery)."
In response to a question by Birand who asked how the Prime Minister's wife Emine Erdoğan felt about his work schedule, Erdoğan responded humorously, "Sometimes she gets mad, however even in my current state it sometimes goes on until ten at night. In normal times, I would work up until midnight. This is due to the fact that meetings are held throughout the day and it's only after eight that one is able to begin going over the files. I don't like files to build up and this of course then activates the ministries."
When asked what newspapers he enjoys reading, Erdoğan responded by stating, "my advisors summarize for me," and added, "After my surgery, I read and I watch television."
"Do you ever get irritated with what you read?" asked Birand. "I tend to watch things that won't irritate me. Let me be honest, news programs… I don't watch many debate shows because they can be frustrating. You see these people whose comments on life are not done with knowledge. To see comments that are neither based on documented facts nor accurate and then most of the time to see underlying slander… to listen to this… I only listen to the news."
A GALATASARAY DOCTOR
Birand also shared parts of his conversation with Erdoğan during a meal which followed the interview to his viewers. During which Birand openly asks Erdoğan if he had cancer. Erdoğan's response was, "No, I do not have cancer nor have I received chemotherapy.
Birand also asked if he was scared going into the surgery, to which Erdoğan responded by saying no and explaining that this is due to his belief in God. When asked what he did during his recovery in the hospital, Erdoğan explained that he read a lot of newspapers and watched television, while managing to avoid debate programs. Perhaps one of his most interesting statements was, "I was admitted to the hospital and surrendered myself over to a Galatasaray doctor."
During the news broadcast of the Erdoğan interview, Birand also relayed that the Prime Minister will resume his heavy work tempo in March.