French ruling is the result of inquisition court culture 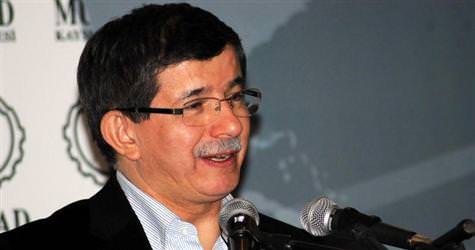 Foreign Affairs Minister Davutoğlu has warned France on the ‘Armenian Bill”, while France calls on Turkey for restraint.

Despite all the warnings from Ankara, protests from Turks and criticism from French intellectuals, the bill which foresees criminalizing the denial of the Armenian 'genocide' was passed yesterday by the French Senate with 127 votes in favor and 86 votes against.

The approval of the bill by the French Senate activated Ankara to establish a new wave of sanctions. Should Sarkozy approve the bill's passing, then the button will be pressed on activating the next move against France. The first step will be to request that France's Ankara Ambassador depart the country. To follow will be the postponement of any political collaboration with France, especially directed towards Syria. The flight/port embargo in effect in military zones will now also include civilian arenas. THY's Airbus purchase will be out on hold. Collaboration in the international platform will be halted for the time being. Action will be taken to ensure rulings against France are made in the spring PACE session. Legal measures will be addressed in order to cancel out the ruling deemed to go against both freedom of thought and expression.

Demonstration in front of the Senate

Turks residing in France gathered in front of the Senate building while the vote on criminalizing the denial of Armenian allegations was being deliberated on inside. Meanwhile, a group of Armenians wanting to stage a simultaneous demonstration gathered in the area designated to them in the front section of the Senate building. Police established a wide safety barrier between the two conflicting groups.

President Gül's response to the senate vote results: "I regretfully condemn the ruling made by the French Senate. France, one of Europe's most significant countries, has as of yesterday entered the category of nations that limits freedom of expression."

During a visit with Kayseri Governor Mevlut Bilici, Foreign Affairs Minister Ahmet Davutoğlu responded to questions from the press on the 'Armenian Bill' which was passed by the French Senate. "From here on out, European values face great danger. If every assembly decides to issue rulings on their own perspective of history, this will introduce a new era of inquisition in Europe. Books that do not share the same view of history will be burned. They will imprison those who express comments, opinions and views of history that differ. This is an understanding that is typical of the inquisition.

We all know what transpired during the inquisition of the Middle Ages. Unfortunately it is a shame for France to be reviving this."

Davutoğlu went on to express that the steps to be taken in the case of the legalization of this bill were established long before and assured "no one should have any concerns in regards to this issue. Turkey is no longer the Turkey it was in 2001. The perception that certain sanctions will be issued only to later be revised equates to not comprehending Turkey. The sanctions Turkey adopts in connection to this issue will remain in place as long as the bill is. "

Speaking at a conference entitled, "From Crisis to Vision, A Newly Reshaped World Order and Turkey" held at Erciyes University, Davutoğlu stated, "Today the French Parliament is voting on its own. It is not France's place to issue a ruling on two societies that have lived in fraternity on this land for hundreds of years."

Meanwhile, France's Foreign Affairs Minister renewed his call to Turkey for 'restraint' in the harsh reactions to follow the bill vote in the French Senate.

Ministry Spokesman Bernard Valero states, "We are making a call for restraint from Turkey. Turkey is an important partner and ally for us. We place high importance on the advancing of relations with Turkey in all mutual and regional areas."