Freedom of expression lost in France 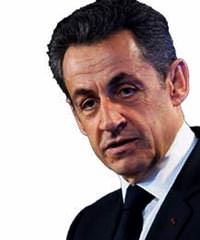 Amnesty International has stated that that the acceptance of the bill which criminalizes the denial of Armenian allegations is a threat to freedom of expression.

The announcement made by the London based human rights organization states that the bill accepted by the French Senate was a violation of freedom of expression. Amnesty reminds that in 2001, France chose to recognize the forced of emigration of Armenians in 1915 and the resulting mass killing as so-called 'genocide', while this new resolution stipulates jail time and/or a 45,000 euro fine for denial of the allegations and states,"acording to international human rights law, limitations of freedom of expression may only be implemented in situations where national security, public order or protection of rights or respectability deem necessary. Amnesty goes on to express that none of the aforementioned situations are applicable and therefore the new bill renders freedom of expression a crime.

Considering the possibility slight that 60 MP's or senators will appeal to the French Constitutional Court against the recently passed bill by the French Senate that renders denying Armenian allegations a crime, Turkey's Grand National Assembly Foreign Affairs Commission Chairman Volkan Bozkır states, "French President Sarkozy is over for Turkey."

"From here on out even if he worked miracles, it would be impossible for there to be good relations between Turkey and the French President."

Bozkır was answering questions from the press at the Assembly when he responded to the Senate ruling by stating, "French politics no longer have any vision, understanding, respect for camaraderie or for the values the EU and Western community are based upon."

Bozkır went on to state, "To present this bill in this current environment, as if they were salvaging goods from a fire, will actually harm France considerably in the future. This is not solely from the perspective of Turkey-France relations, a black page has been opened and it is much easier to open such a page than it is to close it. In the future France will be forced to face great difficulties to close this page."

EVEN IF HE WORKED MIRACLES

Noting that the measures Turkey has not yet announced nor will they will harm France much more than those already described, Bozkır states, "The measures Turkey will implement will deliver the necessary measures to France at the most appropriate time. We didn't want for this to happen. French President Sarkozy is over for Turkey. From here on out even if he worked miracles, it would be impossible for there to be good relations between Turkey and the French President."

Explaining that they will be seeking out all legal measures, Bozkır states, "Turkey will offer full strong support to those who seek out legal means. For cases opened, France's best lawyers and for the most highly respected individuals to be present in trials… Just like in the Orly case Turkey will be behind them. At this stage, as our Prime Minister said, we are waiting with patience for the developments to unfold."

Meanwhile while in Russia for the High Level Russian-Turkish Cooperation Council, Foreign Affairs Minister Ahmet Davutoğlu expressed that Sarkozy was not just targeting Armenian voters with this move. Davutoğlu states, "These maneuvers which are directed at extreme rightist voters, radical nationalists and Islamophobics is a very dangerous game that threatens European culture."