Militarist subject matter to be removed from Turkey’s education system 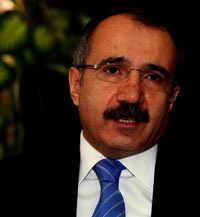 Turkey’s Minister of National Education Ömer Dinçer announced that along with the lifting of lessons on national security, all subject matter added to course books following the February 28th, 1997 Military Memorandum will also be removed.

Meeting with members of the press, Dinçer stated, "From here on out the Turkish education system will be structured around rationalism and not reactionism. Subjects such as reactionism will be reevaluated according to Turkey's current basic policy."

Explaining that the course on national security will not be included in the 2012-2013 school year, Minister Dinçer, went on to state the following:

"We had 9,300 officers enrolled in national security classes. Topics such as national unity, cooperation, national consciousness and patriotism will from here on out be included in History, Social Sciences, Atatürk Principles, Transformation History and Citizenship courses. The removal of this course will also work to erase the traces remaining from the February 28th era.
All subject matter, including reactionism, which was added to course books in 1998 will be removed. The decision to remove the course was discussed widely. There were no objections by the General Staff.

I don't feel it is correct to correlate the removal of the national security course in the same category as religion lessons. The issue of whether religious lessons should be made mandatory or elective is something that has entirely to do with the education system in Turkey. We are not currently working on anything related to the religion course."

Dinçer also touched on the issue of teacher appointments and stated that they will soon be releasing the guidelines for the appointment of 17,000 teachers in February.

250,000 TABLETS TO BE DISTRIBUTED NEXT YEAR
Responding to questions regarding the FATİH project, Minister Dinçer stated, "Within the next year, at least 250,000 students will receive tablet computers. This number will continue to increase. The tablets will have internet access just like they do at home, however we will be funding it, they will not have to pay any additional fees."