Students from all over the world will be coming to Turkey 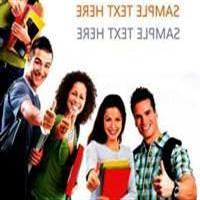 Turkey plans to bring 100,000 foreign students to study in Turkey over the next eight years. In doing so, Turkey would be creating a three billion dollar foreign student market.

Turkish universities have embarked upon expediting promotional activities on an attempt to increase the number of foreign students studying in Turkey.

Incentives put in place for promotional activities in universities abroad has opened the way for Turkey to obtain a share in the global foreign student market.

According to data from UNESCO, throughout the world there are 3.1 million students studying abroad creating an approximately 110 billion dollar foreign student market. Turkish universities have now joined the ranks in order to secure a share of this market and have therefore now placed emphasis on promotional efforts. With the new energy focused on promotional efforts, within the next eight years, 100,000 students are anticipated to come to Turkey to study. With foreign students expected to contribute approximately 30,000 dollars every year to the economy, with the addition of 100,000 students, expectations are for a 30 billion dollar foreign student market to be established.

UNESCO forecasts the circulation of foreign students in the year 2020 will reach seven million. The United States, England, Australia, Germany and France are the most highly desired nations to study in.

In recent years, Middle Eastern and Asian nations have taken an evident initiative to draw in foreign students. Malaysia, Singapore and China alone have acquired a 12 percent share of the global student market.

In order to organize promotional activities in a more widespread and systematic manner, Turkey has now established the TUPA Agency (Turkish Universities Promotion Agency). Founder of the agency, Deniz Akar explains why there is a need for such an agency by stating the following:
"While the number of state universities in Turkey has surpassed 100, there are more than 70 foundation universities. The number of universities is expected to reach 200 in the upcoming period. Meanwhile, Turkey also sends tens of thousands of students each year to study abroad. However, the number of foreign students in Turkey is in the thousands.

Our promotional efforts began with the preparation of a catalogue entitled, "Study in Turkey". We have also prepared a website accessible from all over the world, www.studyinturkey.com. Both the web portal and the catalogue will include information on Turkey's university system such as rectors, interviews, university programs, communication, transportation, scholarships and life on campus."