PACE: The Armenian issue is not politicians’ business! 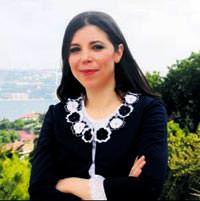 Parliamentary Assembly of the Council of Europe Member and AK Party Kayseri MP Prof. Dr. Pelin Gündeş Bakır, has passed an important resolution on behalf of Turkey in the European Parliament.

Prof. Dr. Gündeş Bakır, gave the Parliamentary Assembly of the Council of Europe a proposal requesting a change in the ruling on the Armenian issue which would grant decisive power to historians.


"In cases of emigration and resulting events, a ruling should be made by a commission consisting of historians following the opening of archives by the countries involved. The ruling should also inform that the negligence of the politicians at that time in history will not be accepted."

Bakır's resolution was passed with a landslide majority. Speaking with SABAH, Prof. Dr. Bakır states, "With this decision, Turkey has finally established legal grounds after years of efforts to achieve this and has won a great diplomatic victory against France."