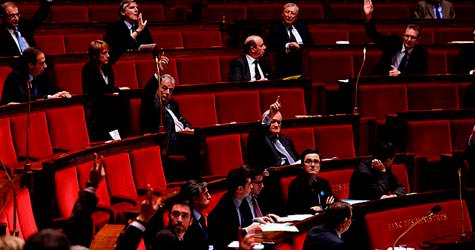 In order to appeal the French Senate ruling on the so-called genocide denial bill, 60 signatures have been collected from the Senate and 60 from the Parliament. Next week the petition will be presented to the Constitutional Council.

The signature collecting process in both the Senate and the Assembly against the French Senate approved bill will come to a close next week. According to information obtained from Sabah, there have been 60 signatures collected from the Senate and 60 from the Assembly. It is anticipated that next week these signatures will be presented to the Constitutional Council after which the court will make a ruling within the following 30 days.

The signature collecting process initiated immediately following the January 23rd vote has already begun to show its effects. The time frame was initially established by the council in accordance to regular practice, however when both members of the Senate and the Parliament opposed the bill's passing, the time frame was extended. Once the signatures have been forwarded to the Constitutional Council, the court will then make a ruling. While that ruling is expected to be in favor of the bill's retraction, if this is the case, the Armenian lobby will not have the opportunity to revisit the bill during this legislative period. Due to the elections, this legislative period comes to an end at the start of March. As a result, French President Sarkozy will not be able to sign on to yet another decision against Turkey.

During this critical signature collecting process, Turkey refrained from exerting pressure on the legislation. In fact, Turkey conducted this petition process through the aid of senators and parliamentarians that support Turkey's thesis. During this time frame, no contact was made with UMP leader Sarkozy and Socialist leader Hollande. Signatures were collected entirely by individuals' initiatives. It was RDSE senators Jacques Mezard, Nicolas Alfonsi, Jean Michel Baylet, Alain Bertrand and Pierre Yves Collombat who were vehemently against the passing of the bill on the January 23rd vote and spearheaded the petition process.