"Paul Auster is ignorant and has double standards" 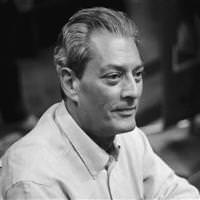 Erdoğan emphasized that statements made by the American novelist Paul Auster in a newspaper interview were the result of fallacies and fictitious information on Turkey.

Erdoğan went on to state the following: "American writer Paul Auster states that he refuses to come to Turkey due to undemocratic laws and the imprisonment of journalists. Paul Auster is displaying a precise example of ignorance. It is obvious he knows nothing about Turkey. No journalist has been arrested for any journalistic activities. Amongst those journalists that are in custody, there are some that have been perpetrators of ordinary crimes and others that are members of terrorist organizations. This novelist, who is ignorantly protesting the Turkish Government, is also displaying a double standard as in 2010 he went to Israel to participate in the International Writers Conference. Israel is a complete religious state, there is no secularism there. Auster doesn't know this either. Auster, who completely disregards human rights and goes to Israel, should continue acting however he wants. His double standards are clearly obvious. Paul Auster can go to Israel because Turkey doesn't need him."