ECHR: Özkan is held as a terror suspect, not for journalism 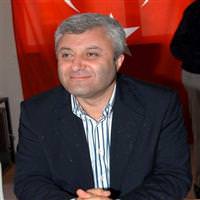 The European Court of Human Rights (ECHR) ruling on Tuncay Özkan’s application has resulted in completely bringing down the whole “There are 100 journalists in jail” propaganda.

If Özkan had been detained for journalistic activities, then the ECHR would not have responded by stating that his arrest was based on "legitimate justifications" and "substantial evidence". One of the reasons for Özkan's application to the ECHR was to contest the length of his detainment. In addition, Özkan alleges that there is no mechanism under domestic law where he can contest his detainment and is therefore deprived of the right to an effective appeal to the national courts.

Özkan's application alleged that this situation was a violation of Article 5 of the European Convention on Human Rights which dictates that everyone has the right to liberty and security of person as well as of Article 13 which provides for the right for an effective remedy before national authorities for violations of rights. The ECHR looked into the case file's current standing and based on the reasoning that they do are unable to evaluate the allegations at hand, the complaint was forwarded to the Turkish Republic government.

Özkan's second complaint, which used Article 5 as a basis, claims that there is neither reasonable or acceptable evidence nor any justification for his arrest. The court rejected the complaint stating that Özkan was being held under allegations of being a member of the Ergenekon terrorist organization, that Ergenekon aimed to topple the democratically-elected government, that there are suspicions that the plaintiff obtained a number of confidential documents through illegal means, that he was the owner and director of a television station that conducted broadcasts geared towards the Ergenekon organization's objectives, that there are voice recordings that reveal his relations with said organization and reminded that he has been detained in connection to an act that is heavily punished by the Turkish Criminal Code and that there is strong evidence present that he committed these crimes.

Özkan also claims he does not know what he is being charged with. The ECHR states that a complete list of allegations is not required to be given to a suspect, and drew attention to the fact that Özkan was relayed the information that he was being held under suspicion of being an Ergenekon organization member and for acting on their behalf. "Furthermore," states the European Court, "when the suspect objected to his arrest, he stated that the allegations he is being tried for were not true. As a result, it is evident that the plaintiff was well aware of the nature of the allegations."

The ECHR also rejected Tuncay Özkan's statement that he was mistreated by security forces and also rejected his argument that the trial was taking too long, by reaching the conclusion, "The case was opened on September 23rd, 2008; a three-year period is not overly extensive."

Tuncay Özkan's final complaint was regarding receiving a fair trial. This complaint was also not initially accepted by the ECHR, because not only has the lower level judicial process not yet been finalized, but the case has also not yet reached the Supreme Court stage. At present, the Court is unable to conclude whether there have been violations in judgment in regards to a fair trial as it is still ongoing. However, once the trial is over, if Özkan continues to harbor the sentiment that he was not justly tried, he may reapply to the European Court of Human Rights at that time.
***
If only Mustafa Balbay, Soner Yalçın or any one of the 100 detained journalists attempt to apply to the ECHR, then once more all of their lies and dark propaganda would resurface! Then the answers to the question, "Are these individuals detained because of journalistic activities or for being members of an organization or staging propaganda?" would be loud and clear to the entire world.

If the ECHR had considered Özkan to be a journalist under arrest, then they most likely would not have expressed that his detainment was based on substantial evidence and legitimate justifications. In fact, it is the ECHR's ruling in itself that reveals that Özkan is indeed facing trial for being a member of a criminal organization and not in any way due to journalistic activities.

This is a translation of an article originally written by Nazlı Ilıcak.