'The more we embrace justice, the stronger our democracy’ 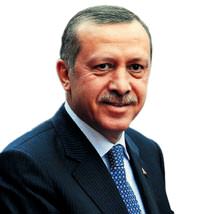 In a message released to commemorate the acceptance of the Civil Code and its 86th anniversary, Prime Minister Recep Tayyip Erdoğan emphasized their determination as a government to widen citizen’s rights and freedoms, to ensure legal security for universal values and to further advance the basic gains achieved thus far in Turkey’s legal system.

"I believe that as long as we embrace the modern values for justice and the law and continue to advance independence, then our democracy will be that much more respected and strengthened."

"The Civil Code, which was accepted just three years following the declaration of the Republic, is one of the most significant legal acquisitions of the country," states Erdoğan, who goes on to describe the Civil Code as an important turning point in Turkey's modernization and marks a significant step taken in solidarity of the law and ensures that all citizens, no matter what language they speak, religion they practice or their gender, are able to participate in the community with equal rights.

Prime Minister Erdoğan also noted that the legal reforms that Turkey's current government is determinately pursuing are intended to increase Turkey's respectability amongst the world's modern, democratic and powerful states.

Erdoğan's message went on to state: "As a government, we are determined to widen our citizens' rights and freedoms and to secure universal humanistic values by law and to continue to further our principle gains in the legal system. I believe that as long as we continue to embrace justice, the law and modern values as well as achieve advancement in universal human values and liberties, then our nation's democracy will be even stronger and further respected. With these sentiments, I want to celebrate the 86th anniversary of the founding of the Civil Code and to greet all of our citizens with love."