World witnesses massacre on A Haber 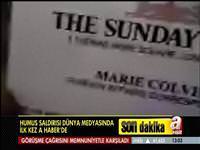 A Haber was the first news network to release exclusive images from the bombing in Homs, which resulted in the deaths of two journalists.

As sounds of alarms and bombs and firing escalated, CNN, BBC and Al Jazeera were forced to run archive footage, however A Haber was there to cover the tragic incident live as it unfolded.

The two journalists that were killed from the bombardment on a makeshift press center set up by anti-regime activists located in the Bab-ı Amr neighborhood of Homs have been identified.

Opposition activist sources have released the names of the journalists killed in the shelling on a house where members of the press were staying in Homs. They were named as Marie Colvin, an American working for Britain's Sunday Times newspaper, and French photographer Remi Ochlik. The journalists wounded in the attack are English journalist Paul Kornera and French journalists Edith Boveri and William Daniel.

French journalists Edith Boveri is stated to be in critical condition.

The Syrian Revolution General Commission has released images of two bodies they claim are those of the two foreign journalists killed.

According to Reuters, shells hit the house where the journalists were staying and a rocket hit them as they were escaping.

Amongst the information trickling in is that ten civilians were killed in the shelling. Following the tragic incident, the Syrian opposition made a call for foreign intervention. 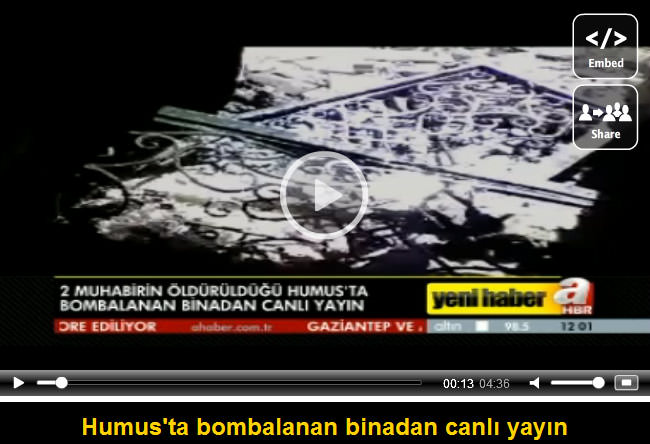