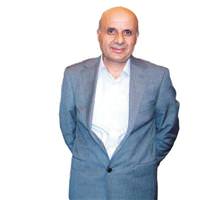 Providing information on unsolved murders to the Diyarbakır attorney general, Şemdin Sakık revealed that Öcalan killed nearly 2,000 PKK members who were either potential rivals or had staged unsuccessful attacks and buried them in Bekaa.

Special authority prosecutors in Diyarbakır have initiated an investigation into unsolved murders that includes executions staged within the PKK terrorist organization. As a result, prosecutors called on the PKK's number two man, who is currently serving time in Diyarbakır, Şemdin Sakık for questioning.

According to Sakık, terrorist leader Abdullah Öcalan killed nearly 2,000 PKK members for either being unsuccessful in staging attacks or also if they showed leadership potential and would bury the bodies in Bekaa Valley.

"Öcalan's tactic was to declare anyone who was not in his own group as being traitors, cohorts or agents. These tactics were not solely directed at individuals, as institutions would also be subjected to attacks. He was even more vicious the stronger he became. The first rounds of bullets were directed at leftists and Kurds. It's possible to point out dozens of such examples, Mehmet Şener, Resul Altınok and Çetin Güngör to name a few," states Sakık.

Sakık, who was caught in Northern Iraq 14 years ago and brought back to Turkey, was sentenced to life in prison. During his testimony to the special authority prosecutor on executions that transpired within the organization,
Sakık explained that the organization's most significant source of revenue was derived from narcotics.

Sakık recalled a proposal he made to Öcalan that drug trafficking be prohibited within the organization, however the PKK leader responded by stating, "It's not easy to keep the organization afloat. How are we going to feed all of these people if we don't have income from drugs?"

According to Sakık, there are a number of former PKK leaders that were anti-violence whose names are still on the terrorist organization's death list. Sakık used the example of Öcalan's former wife Kesire Yıldırım who goes by the code name Fatma and is supposedly at the top of the list. Şemdin Sakık provided a full list of internal executions staged by the PKK, information he also disclosed in his latest book.